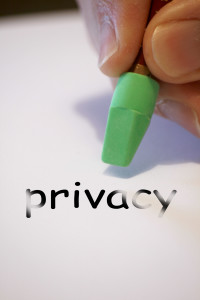 Recently we have all been an audience to the Apple versus FBI debacle that unfolded over the course of a few months with Apple supposedly not backing down and the case ended up in Federal Court with the FBI dropping the case on March 28th, stating they had already cracked the phone and was no longer pursuing Apple.  This being said there are other parts to the equation that have come to light.

Apple released the much anticipated iOS 9.3 on March 21 for all of their devices. Then on March 24 reports started coming in that iOS 9.3 was bricking iPhone 5s and earlier and iPad Air and earlier. Later that day, they gave a few workarounds to temporarily fix the issue.

Apple then released a few more iOS builds (using the same 9.3 version number) for varying devices that solved the activation lock issue. They were signed of course so you had to unlock the phone (if it had a passcode) and authenticate it with Apple before you could install. iOS 9.3 (build 13E237) was released on March 28 for iPhone 5’s, it was completely unsigned. Essentially it means that it didn’t require an authentication from Apple to install on devices. This particular build allowed the users to install it and authenticate it using their iCloud login information. Following the release of that build, Apple resumed signing iOS 9.3+.

Also, iOS 9.3 (build 13E233) had another bug where it allowed the user to tell Siri to start a timer for 10 minutes from the lock screen and then when you tapped on the time and hit the home button it unlocked the phone.

The FBI then announced on March 28 that they successfully accessed the data and no longer needed Apple’s help.

It is very interesting that the unsigned iOS build was released and caused a bug in which the iPhone could be unlocked with having access to the passcode and allowing the user to unlock the phone with relative ease.  This isn’t a smoking gun by any means, but it’s fairly apparent that the the FBI could have taken the unsigned build of iOS 9.3, installed it on the device, and used the iCloud login information (which we know they already had) to authenticate it and suddenly they had full access to the phone.

There may be more to follow on this and Advanced Persistent Security will right on top of any breaking information.

NOTE: Apple is not the only vendor to ever distribute unsigned software, nor will they be the last. It is ‘interesting’ as to the timing of the release of an unsigned update for the device in question.

I guess sometimes it pays to wait a few extra days to update your mobile devices.