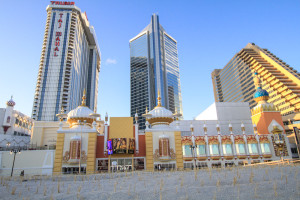 “It seems that, as customers or hotel employees typed in payment information, the malicious software quietly grabbed it in the background. But the company isn’t quite sure if the hackers managed to pull out that data from the computer system” (CNN Money, 2015).

Currently under investigation, they still have not identified how the hackers penetrated and placed the malware on an otherwise secure system. The release stated “for customers that used credit or debit cards to make purchases between May 19, 2014, and June 2, 2015, we believe that the malware may have affected payment card data including payment card account number, card expiration date and security code” (Trump Hotel Collection, 2015). Trump Hotel Collection went on to state that the last name may also have been compromised as well.

The statement confirmed a report in July by cybersecurity journalist Brian Krebs that several luxury hotel properties tied to the real estate executive and now Republican presidential candidate appeared to be the victim of a credit card breach” (NBC News, 2015)

The investigation so far has not shown if the data was successfully taken off the system as of the publishing of this article. The full release can be read here. Advanced Persistent Security will be providing further details as they emerge. Please subscribe to the blog for the most up to date information.

“The confirmation that Trump Hotels was compromised by POS malware comes just days after hotel chain Hilton said that it too is investigating whether it suffered a POS malware attack earlier this year…Officials at Hilton have yet to confirm a breach. ‘Hilton Worldwide is strongly committed to protecting our customers’ credit card information,’ it says in a statement” (Bank Info Security, 2015).