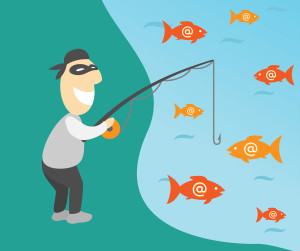 According to the Associated Press The MedStar Health hospital chain was the victim of hackers earlier this week. These unidentified hackers broke into the MedStar hospital chain system using a vulnerability which had been identified in 2007 but was never patched.  MedStar denies the lack of software patching had anything to do with the attack stating on its website that “News reports circulating about the malware attack on MedStar Health’s IT system are incorrect. Our partner Symantec, a global leader in cybersecurity, has been on the ground from the start of the situation and has been conducting a thorough forensic analysis, as they have done for many other leading companies around the world. In reference to the attack at MedStar, Symantec said, “The 2007 and 2010 fixes referenced in the article were not contributing factors in this event.”

“The hackers reportedly exploited design flaws that had persisted on the MedStar Health Inc. network, according to a person familiar with the investigation who spoke on condition of anonymity because this person was not authorized to discuss the findings publicly. The flaws were in a JBoss application server supported by Red Hat Inc. and other organizations”

According to the report, the vulnerability was in the JBoss software the health company used to design and create software tools but had not patched this issue since it had received a notice from several organizations including Red Hat and the US Government in 2007 detailing the possible ramifications of data confidentiality loss.

This attack was also apparently a ransomware attack in that the hackers took data and held it hostage. According to ABC News, “The MedStar hackers employed virus-like software known as Samas, or “samsam,” that scours the internet searching for accessible and vulnerable JBoss application servers, especially ones used by hospitals. It’s the real-world equivalent of rattling doorknobs in a neighborhood to find unlocked homes. When it finds one, the software breaks in using the old vulnerabilities, then can spread across the company’s network by stealing passwords. Along the way, it encrypts scores of digital files and prevents access to them until victims pay the hackers a ransom, usually between $10,000 and $15,000.”

MedStar’s assistant Vice President Ann Nickles issued a general statement on Tuesday that their system “maintains constant surveillance of its IT networks in concert with our outside IT partners and cybersecurity experts. We continuously apply patches and other defenses to protect the security and confidentiality of patient and associate information.”

Obviously from the fact that they had not patched this nine year old vulnerability that their system is not “continuously patched” regardless of whether or not this alack of patching had anything impact or not.  This attack just another example of the impact that an inattentive leadership chain can have on a company’s cybersecurity posture. It is quite apparent that if the patch had been applied to the JBoss software at some point over the last nine years, the hack would not have been successful. This again goes to show the importance of leadership buy-in at the highest levels and the need for cyber accountability in the corporate world.